A Pattern Design and Build

The idea was to design and then build a pattern that was different in both form and function, as I see very little innovation in this area, unlike the indoor types which was the inspiration for the idea.

And so the concept was drawn,

then the CAD design. 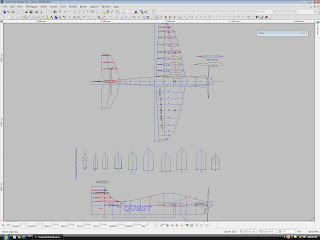 Then a test bed is build to check on the design aerodynamics and adjust at this point if necessary. 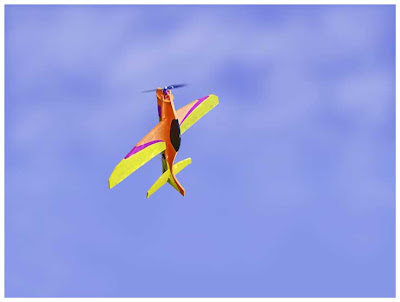 After cutting out parts, using a building jig, the fuselage starts. 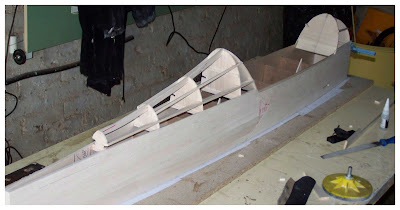 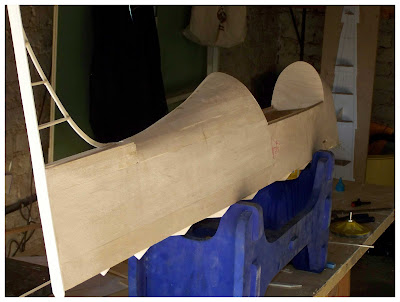 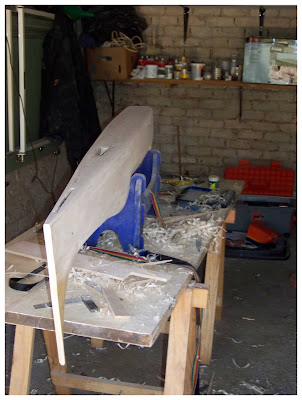 Here the wing tube is being fitted and lined up as level and square.

While this is going on, the moulds for the canopy, and cowl are done. 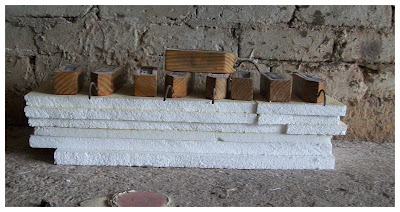 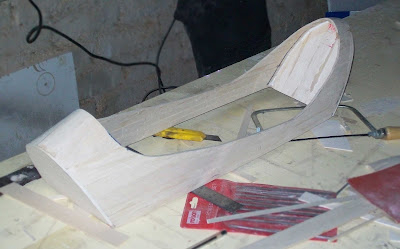 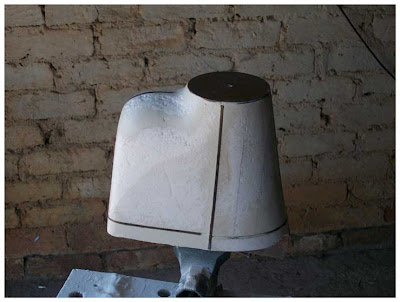 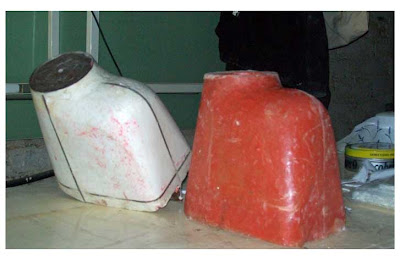 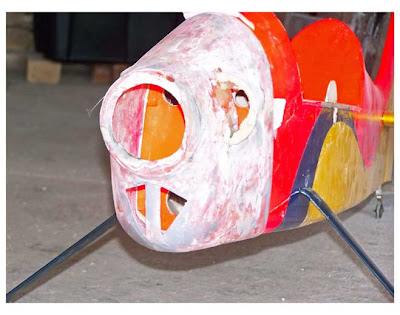 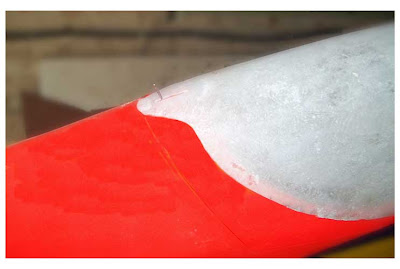 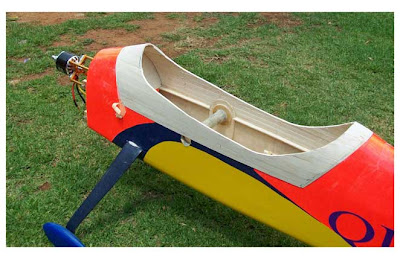 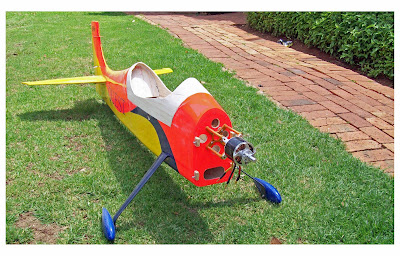 With all the mouldings finished and fitted. 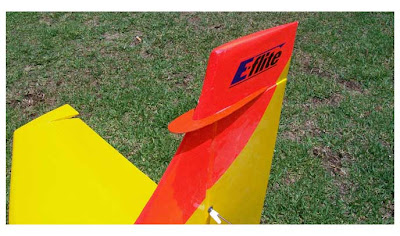 Then the wings, this is done last to check on the CG, and adjust the wing tube placing on the wing if not where it was designed to be. If this is not enough the placement on the fuselage will need to be adjusted. 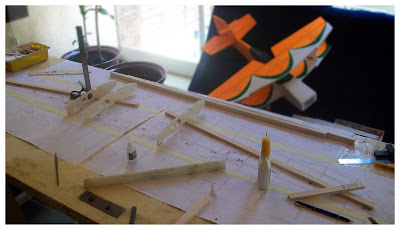 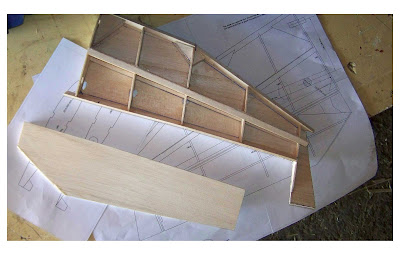 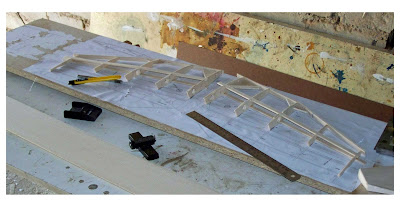 here the wings are being aligned with the thrust line. 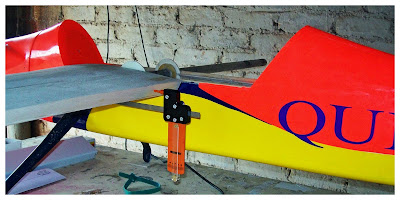 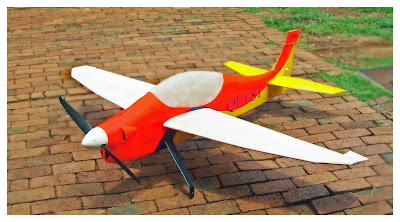 with fuselage finished, cowl, canopy and undercarriage struts, the wheel pants are from a crashed kit.

The portrait for the wall, 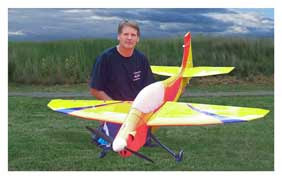 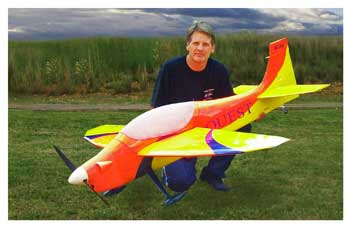 The plane flys well, very little rudder coupling (1-2 % mixing), and the roll axial with out mixing. The wing section (Eppler 168) floats the plane like a trainer, and so the wing area can be reduced for future build, also insures the wing stalls evenly with out dropping the wing keeping the plane stable through sequence. Sadly, the build was not light enough and comes in a 6KG with batteries.

Posted by john rheeders at 12:13 PM No comments: 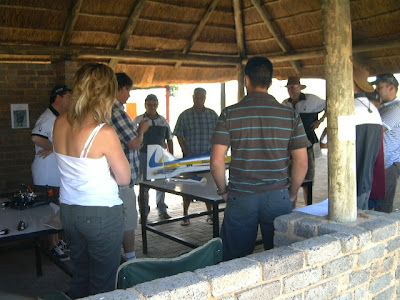 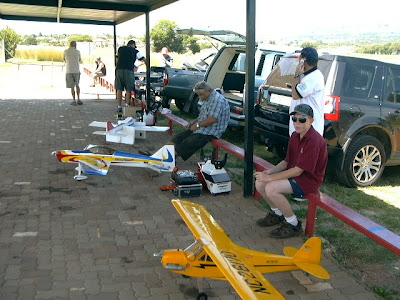 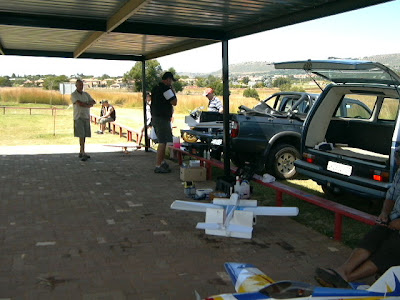 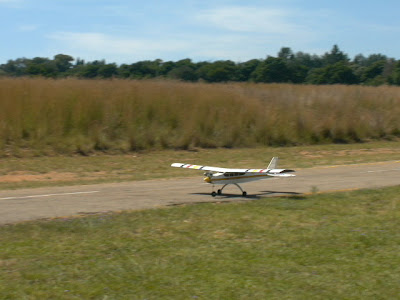 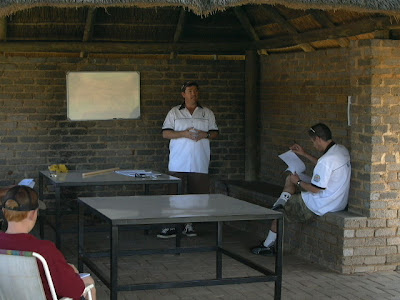 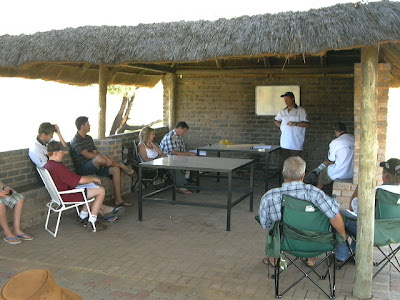 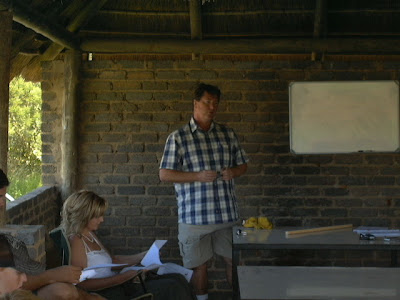 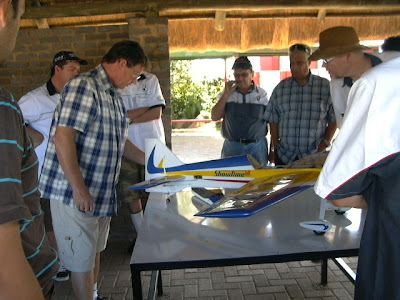 Sorry I did not get time to send a e mail out last week. Last Monday was the cut off for provisional tax and before I knew it,  it was Thursday.

DDRF is really moving upwards. Last week we had a great lecture on the theory of flight by Wayne Wallace. It was really fantastic and I know that I learnt quite a bit about why the plane flies and why mine crashes. I can highly recommend that all pilots come through to these sessions. Thanks please keep it up

Yesterday Ray Jameson invited Pierre Visser – who is one of three SA representatives to the world champs for pattern flying. He was really brilliant and incredible informative. An area which I had no idea even was taking place in our hobby. Thanks Ray that really was great.

Corne Swanepoel has applied for membership – does anyone have any objections?

The weather was really great yesterday with a light breeze down the runway. I could not stay too long (various family issues – I know I can expect some flack on this) and left at about 12h15 and by that time there were already 22 pilots at the field. Well done guys that's really great.

See you all next Sunday.

Posted by john rheeders at 2:03 PM No comments: